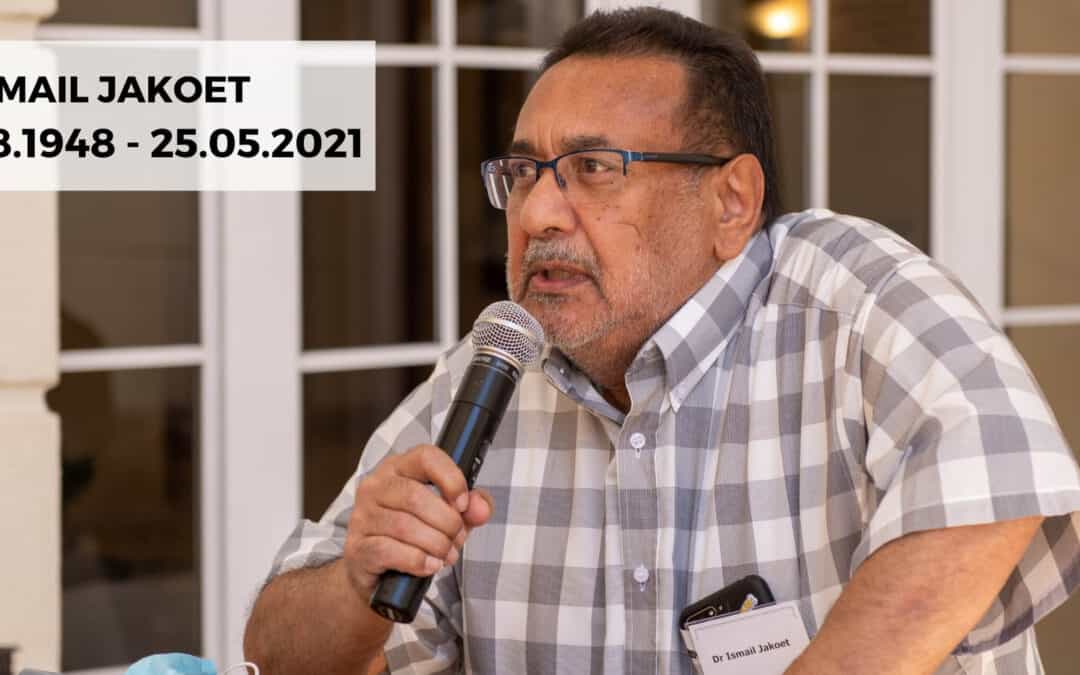 It was an immensely sad moment when we learnt of the passing of Dr Jakoet following a period of struggle with poor health.

Doc as he was fondly known, was a force to be reckoned with in all the roles that he played in both the sporting and business world.

Doc qualified as a Sports Physician and occupied the position of Medical Director of SA Rugby and then as Company Secretary until his retirement in 2018. He provided infrastructures, policies and guidelines to ensure the safety and well-being of all rugby players. He also sat on the World Rugby Board’s Medical Advisory Committee and Anti-Doping Advisory Committees.

He was also one of the founding members of the Petro Jackson Fund in 1989 and a stalwart and driver of unification with the Chris Burger Fund in the early nineties. He served on the board of trustees in the combined Chris Burger Petro Jackson Players’ Fund until his retirement in 2018. His contributions to the Players’ Fund were always altruistic and with our recipients best interests foremost.

Doc was very strict with procedures during meetings and had little time for discussions regarding petty cash, slush funds and the point known as “General” on a meeting agenda.  We will remember him fondly and as a special character that we learnt from.