Farewell to a legend – Chester Williams 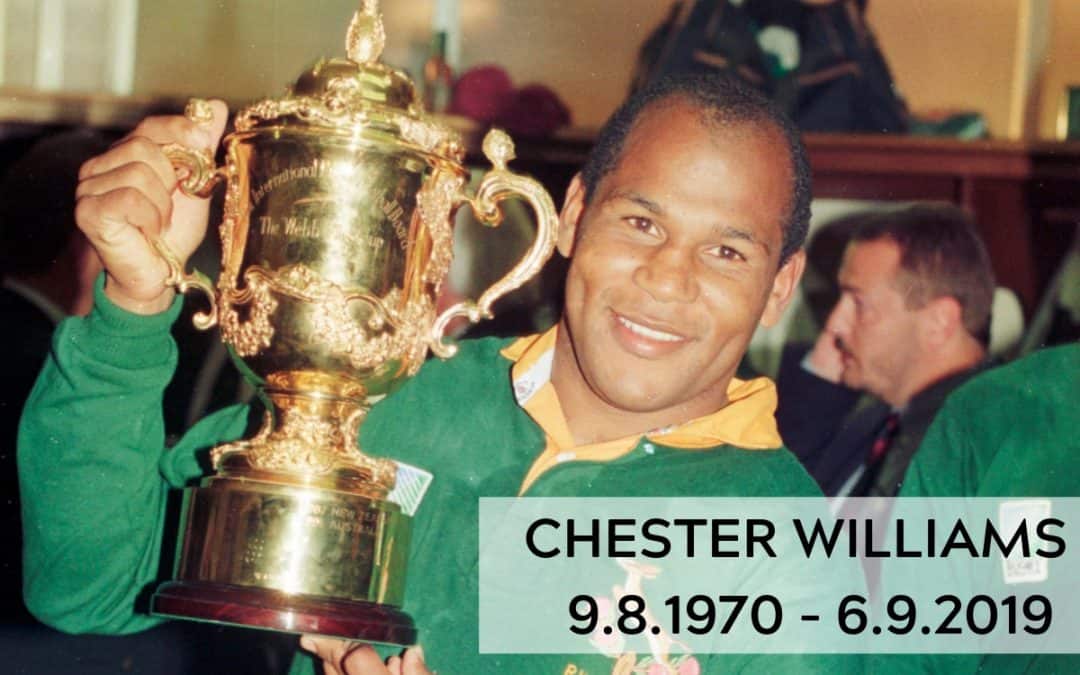 It is with immense sadness that we learnt of Chester William’s untimely passing from a heart attack on Friday 6 September 2019, aged 49 years.

His legendary role in rugby, as a well-loved player and the subsequent contribution to the game he loved, long after he hung up his boots was enormous and far reaching.

He served with honour and compassion on the Board of Trustees of the Players’ Fund from 2008, helping to give back to the game that he loved and excelled in at its’ highest level.

His gentle and caring nature, his warm smile and quiet way of speaking made him a firm favourite with many of the Players’ Fund recipients as he encouraged them to lead productive and meaningful lives in spite of their disabling injuries.

“Chester moved from being one of my personal heroes having done so much for South Africa in the 1995 Rugby World Cup to being my first senior professional coach when I joined the SA Sevens team in 2001. He then again moved from coach to friend which was when I got to know the Williams family better. This is a massive loss for South Africa and for the world of rugby.”

“Chester was inspiration personified, showing me that limitations were something you set in your mind and the importance of education and sport going side by side.”

We would like to wish Maria, their three children, family and close friends our sincerest condolences during this very sad time.

Gone but not forgotten!

From the staff, trustees and recipients of the Chris Burger Petro Jackson Players’ Fund