BIG TREES OF THE BOARDROOM (Part 4/8) 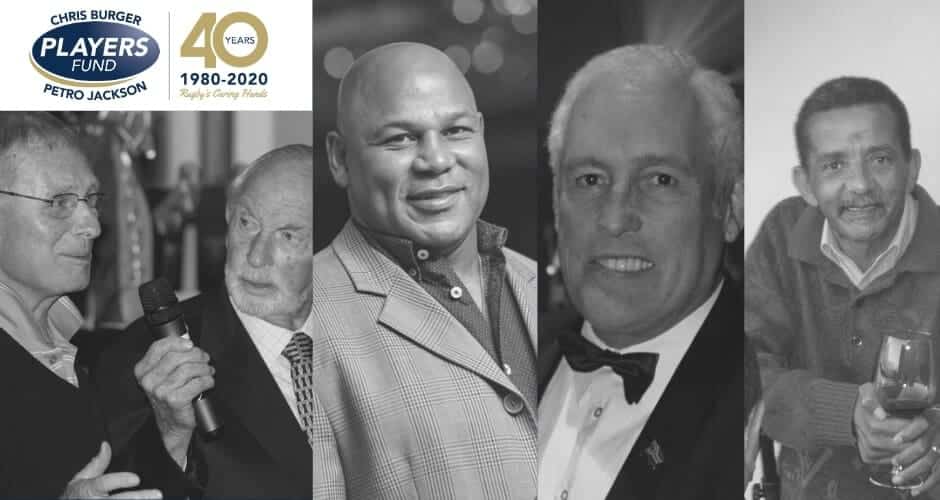 A decorated and diverse group of boardroom personalities form part of the legacy of the Chris Burger Petro Jackson Players’ Fund. 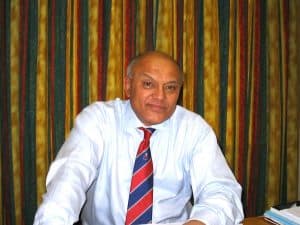 Former Springbok eighthman Yusuf “Jowa” Abrahams personifies the past, present, passion and pedigree of those who power Rugby’s Caring Hands.

Celebrating its 40th anniversary on September 9, the official charity of SA Rugby currently assists 107 recipients who sustained catastrophic head, neck and spinal injuries and has aided over 500 fallen heroes over the years.

Abrahams, who represented the non-racial South African Rugby Union (SARU) team in 1968, is as much of a Fund legend as he is of the game itself – as a player, the Life President of Primrose Rugby Club and a life member of Western Province Rugby, having served the union as an Executive and board member for over a decade.

“When the Chris Burger Fund and Petro Jackson Fund amalgamated in 1992, SARU nominated Peter Jooste and me as former SARU players to serve on the board and I’m proud to still be involved 28 years on,” he said.

At 77, Abrahams is one of the elder statesmen of the Fund and remains a pillar of strength as a Trustee, Executive and a member of the Assistance Committee. “It’s an honour and privilege to be able to play a part in seeing to the welfare of those who are unfortunate to be seriously injured on the rugby field.”

Abrahams added, “If you look at the history of the Fund, Petro Jackson came from an impoverished family in Kylemore. When he, as a breadwinner, passed away on the field in 1987, the Fund was able to assist his family to build a small cottage. That’s the type of support the Fund has been able to provide in addition to wheelchairs and medical equipment over the years.”

Big trees on the Fund’s Board of Trustees have fallen over the years. Mike Meintjes, Tubby Teubes, Dr. Francois Majoos, Judge Pat Tebbutt and 1995 World Cup-winning Springbok wing Chester Williams passed, and are sorely missed, while the likes of HO de Villiers, Dr. Ismail Jakoet and George Rautenbach made way for new blood.

Paying tribute to the Fund’s late legends, Abrahams said, “We were all brought together by a deep love of the game and we became close. Mike was a fantastic field worker if I can put it that way. He played a pivotal role in assisting [then-General Manager] Lynn Allen and then [current General Manager] Gail Baerecke to visit injured players and establish relationships with them.

“Tubby and HO were consultants at Old Mutual and besides being involved with fundraising and other activities, they saw to it that the Fund made the most of the funds raised. Francois was always a dedicated Trustee, from his days [as part of the medical staff] at Tygerberg and SARU to his time at Western Province and the Stormers.

“Judge Pat was over 90 and still served on the board; he was just a fantastic person. Chester was still very involved with rugby, coaching at the University of the Western Cape, but he also made a valuable contribution to the Fund and it was fantastic to have him on the board.”

Whereas the Springboks have alignment and training camps to regain synergy and fine-tune their game plan, the Fund has quarterly board meetings to ensure its continued success.

“Our main order of business at these meetings is the injured players – that’s who we’re there for. We are provided with and evaluate the finances – the amount of funds raised and how it was or should be used to support the players.

“We do an overview of the number of recipients and how they’re doing, and focus on any new cases of seriously injured players and assess how we responded to them, not only in terms of providing financial assistance, which is one thing, but also on a personal level, which is vitally important.

“Meeting with the players and their families, firstly, and then building those personal relationships by keeping in close communication with them is a big part of what puts the care in Rugby’s Caring Hands.”

Abrahams spoke with awe about his interactions with recipients. “I visited a number of injured players at Conradie and later Lentegeur Hospital and have been fortunate to meet a number of remarkable people, who’ve risen above their challenges and disadvantages.” 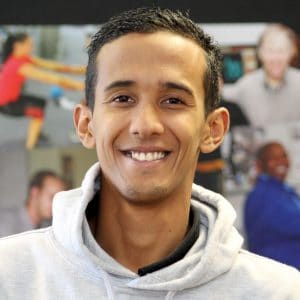 A case close to home and heart for Abrahams is that of Primrose youth player, Yusuf Price. One of the Fund’s great success stories, Price is able to walk after initially using a wheelchair and has carved out a wonderful career for himself.

“We had a large group of youth and Yusuf was playing in the Under-16 team when he was injured in 2001. I wasn’t at the field on the day, but I was called and told of his unfortunate accident,” recalled Abrahams.

“Had it not been for the intervention of the Fund, the availability of the Spineline number and the fact that ambulances had been placed on call, his condition could’ve been far worse. Instead, he now works as a qualified biokineticist at the Sports Science Institute of South Africa.”