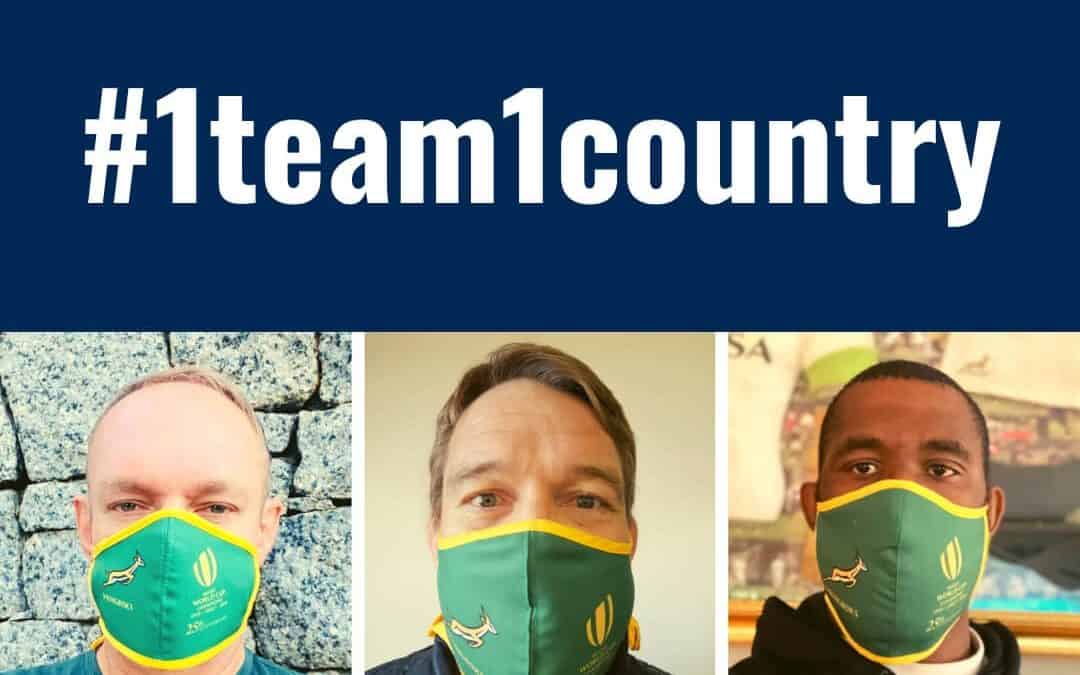 Pick n Pay has partnered with the Springbok Class of 1995 to launch limited edition Springbok Supporters face masks. This is in celebration of the 25th anniversary since the 1995 Springboks lifted the William Webb Ellis Trophy at Ellis Park for the very first time.

Only 140,000 masks will be available at Pick n Pay stores nationwide from 20 June and all profits will be donated to the Chris Burger Petro Jackson Players’ Fund – the official charity of the Springbok which supports rugby players in SA whose lives were changed through serious injury on the field. Masks will be available for children (R45.99) and adults (R49.99).

This commemorative campaign invites supporters to buy a face mask and wear it on 24 June 2020 – exactly 25 years after the historical moment that brought together a divided nation, unified in triumph. This memorable occasion, still fresh in the minds of many, set the foundations for two more subsequent victories for the men in green and gold in 2007 and 2019.

Amidst the global COVID-19 pandemic, face masks have become the new-normal, another accessory to display your allegiance and a show of solidarity against the spread of the Coronavirus.

Supporters are encouraged to wear their masks while watching a replay of the historic final on 24 June 2020 and share their photos with the hashtag #1team1country in celebration. By using the hashtag and tagging @PicknPay and the @Playersfund_sa, supporters will stand the chance to win a rugby ball signed by all three of the winning captains.

1995 Springbok captain, Francois Pienaar, says, “Celebrating 25 years of being a world champion with the class of 2007 and 2019 is special; collaborating in support of the Chris Burger Petro Jackson Players’ Fund is extra special.”

All winning teams have unified to celebrate this occasion and recount their memory of the 1995 victory. 2007 captain, John Smit, says, “25 years ago I sat as a teenager in the stadium watching the Boks change a nation and since then the Boks have continued to build and assist our country through hope and that sweet feeling of victory. Now we hold hands as South Africa’s three teams and assist with raising money for injured rugby players while celebrating this success of the Springbok team.”

The most recent captain to lift the William Webb Ellis, Captain Siya Kolisi, says, “It is an honour to walk alongside great men like Francois and John in this campaign and remember where it all began 25 years ago. The Players’ Fund has been there alongside all these victories and it is very special that we can now support Rugby’s Caring Hands with this initiative.”

Chairman of the Players’ Fund, Jean de Villiers, says, “Our 107 recipients all over the country are not only suffering from the financial effects of lock-down but also fall into the high-risk category of the population at risk of COVID-19, so they need our help now more than ever.  As we strive to remain the pillar of support for our injured players, we are incredibly grateful for the support from this campaign.”

“The chance to bring our customers together to support such a momentous time in South Africa, while also doing good and supporting the Players’ Fund, is a great pleasure,” says Jonathan Ackerman, Customer Director at Pick n Pay.