What is being done to prevent the number of Spinal Cord Injuries from taking place on our rugby fields? 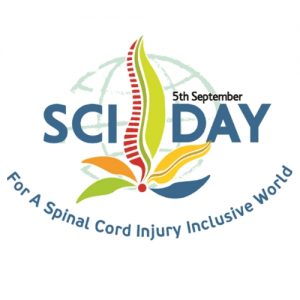 International Spinal Cord Injury Awareness Day is recognised on 5 September 2018. This global initiative aims to raise awareness around serious and life-altering injuries and encourages the public to do all within their power to prevent them from happening. It is hoped, that this will create a more inclusive world for those living with disabilities and ensure a greater chance of success with prevention programmes.

Since 1980, the Chris Burger Petro Jackson Players’ Fund has been Rugby’s Caring Hands in South Africa. When a rugby player runs onto the field, he does so with a team behind him. When this player finds him or herself having to adapt to life with a “new normal” after a serious and life altering injury, a team approach is once again needed to lift them up. The Players’ Fund joins this team and does so indefinitely.

While partnering the 108 beneficiaries of the Players’ Fund is our core business, the need to reduce the rate of injuries on the field was recognised and actioned in 2009, when together with SA Rugby the national rugby safety programme called BokSmart was launched.

The main focus areas of this programme are; injury prevention, injury management, rugby safety and player performance. A core thread carried throughout the programme elements is a strong focus on the reduction of serious and life-changing head, neck and spine injuries. BokSmart training is aimed primarily at coaches and referees throughout the country – at ALL levels of the game. As an indication of the scope of this programme a total of 89 535 coaches and referees have been BokSmart certified at least once as at August 2018, with 136 576 people having attended these courses since its inception in 2009, with many of these attendees having received multiple exposures to the rugby safety message. It is also worth noting that it is against SA Rugby Union regulations to host a match in SA without these parties being actively BokSmart certified.

Before the BokSmart programme began, there were on average 15 catastrophic head, neck and spine injuries a year happening on rugby fields throughout SA. Now, over 10 years later, the number of spinal cord injuries has seen a marked reduction and averages since 2008 at 8 a year, and the scrum causing far fewer spinal injuries than before the programme. Since the end of the first roll-out of BokSmart in 2011, permanent catastrophic injuries at club level have reduced by just over half, and all spinal cord injuries by roughly 65% or the equivalent of 3 a year. All changes in regulations and interventions were based on extensive research done through the BokSmart programme in collaboration with the Players’ Fund and Cape Town University’s Division of Exercise Science and Sports Medicine (ESSM).

While a significant reduction in the number of injuries has been seen, Chairman of the Players’ Fund Chairman – Morné du Plessis says; “Even one injury is one too many!”. In 2018 BokSmart launched #VisionZero, an adventurous long-term goal aimed to reduce the number of permanent catastrophic head, neck and spine injuries on the rugby fields to ZERO! The Players’ Fund wholeheartedly supports the audacious, indefinite goal of #VisionZero, which is not a target to be achieved by a certain date or time, but rather a process whereby everyone involved in rugby, in their specific roles, are encouraged to do all that they can within their rugby communities to PREVENT serious injuries from happening on the field.

To find out more about the BokSmart programme, please visit www.BokSmart.com.

If you are involved with rugby in any way, we challenge you to be an ambassador for #VisionZero by ensuring all referees and coaches are BokSmart certified and that all safety regulations and minimum safety standards are in place.