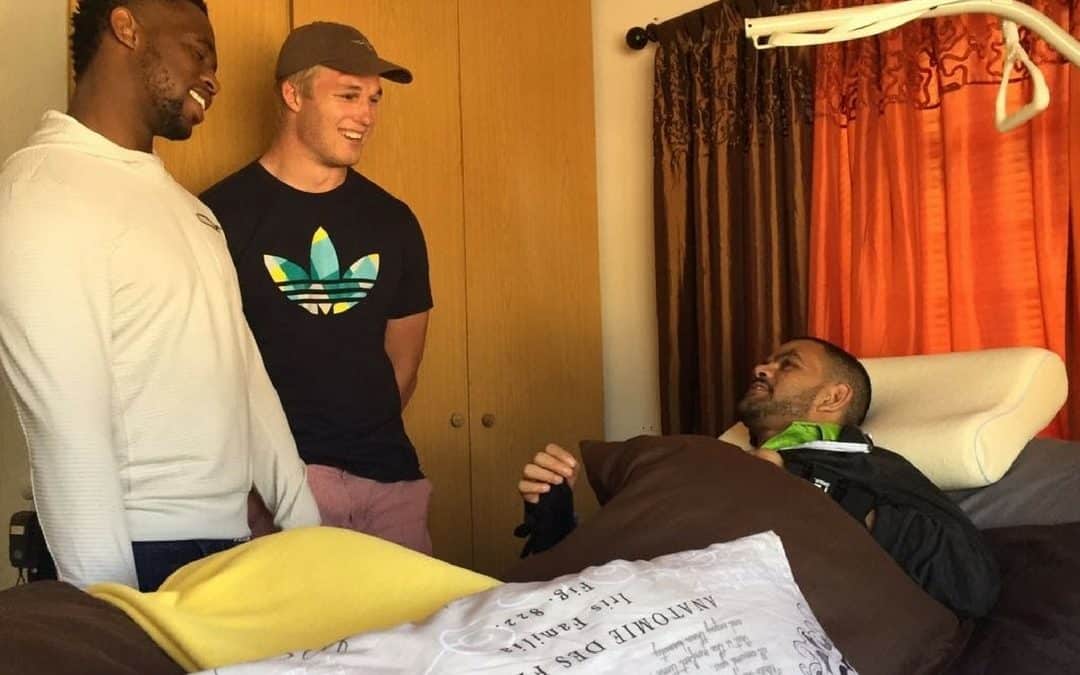 In September this year the MyPlayers Charity once again pledged their support for Rugby’s Caring Hands (Chris Burger Petro Jackson Players’ Fund) and the injured rugby players assisted by the organisation. In addition to the generous donation of R60 000 to the Players’ Fund, a home visit by two Springboks was arranged for one of the Players’ Fund’s newest recipients – Furlo Theron. Furlo sustained a spinal cord injury during a rugby match on 2 July 2016 while playing in St Helena Bay for Abbotsdale Rugby Club. The damage to his spinal cord has left Furlo dependent on a wheelchair for his mobility and he requires 24-hour care from loving friends and family.

The Players’ Fund were so moved by Furlo’s positive attitude and determination to take on his new challenges and his willingness to open his home up to professional rugby players despite only having been at home for a week before the visit. This was an open-minded attitude which was also evident when Furlo attended the Cell C Sharks’ captains run earlier in the month at the Newlands Rugby stadium. He attended the team practice on his very first outing from the Vincent Pallotti rehabilitation centre. A feat which was not only a daunting one for Furlo and his family, but one which is believed to show his true determination to move forward and tackle the many obstacles that he knows are laying before him. 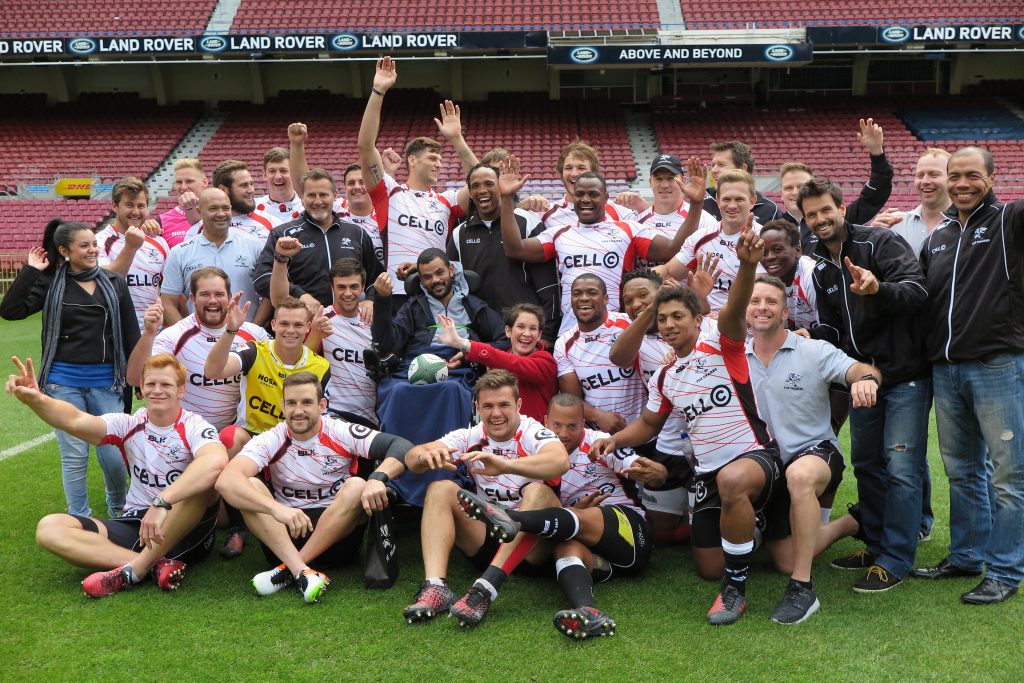 On 20 September 2016 Siya Kolisi and Pieter-Steph du Toit visited Furlo and his family in Abbotsdale and were greeted by delicious cupcakes and tea accompanied by many eager members of the close-knit community whom were evidently all committed to Furlo’s well-being.

Furlo and his father Eppie shared their journey to this point and explained how the Players’ Fund is assisting Furlo and his family by providing the necessary mobility equipment and helping make the changes necessary in their home to make it wheelchair accessible. Furlo says “The Chris Burger Petro Jackson Player’ Fund has helped out in so many ways already. They have provided me with all the equipment that I need and have been very supportive of me and my family during my time in hospital and rehab.”

“The whole occasion is very overwhelming. It’s great seeing Siya and Pieter-Steph in person as I usually only see them on TV!” Furlo told MyPlayers and the Players’ Fund during the visit. “Pieter-Steph looks much taller than I thought he was. Siya is actually smaller than what I expected. Maybe I can still give them a go one day as I am a loose forward!”

“I’d like to thank the MyPlayers Charity and Siya and Pieter-Steph or visiting me at my home and supporting me. This whole experience has made me realise how you should appreciate every single day and how supportive and encouraging the rugby community in South Africa is

Furlo and his family have the Players’ Fund’s full support going forward and they look forward to welcoming him at the various activities held in the Western Cape for their recipients.