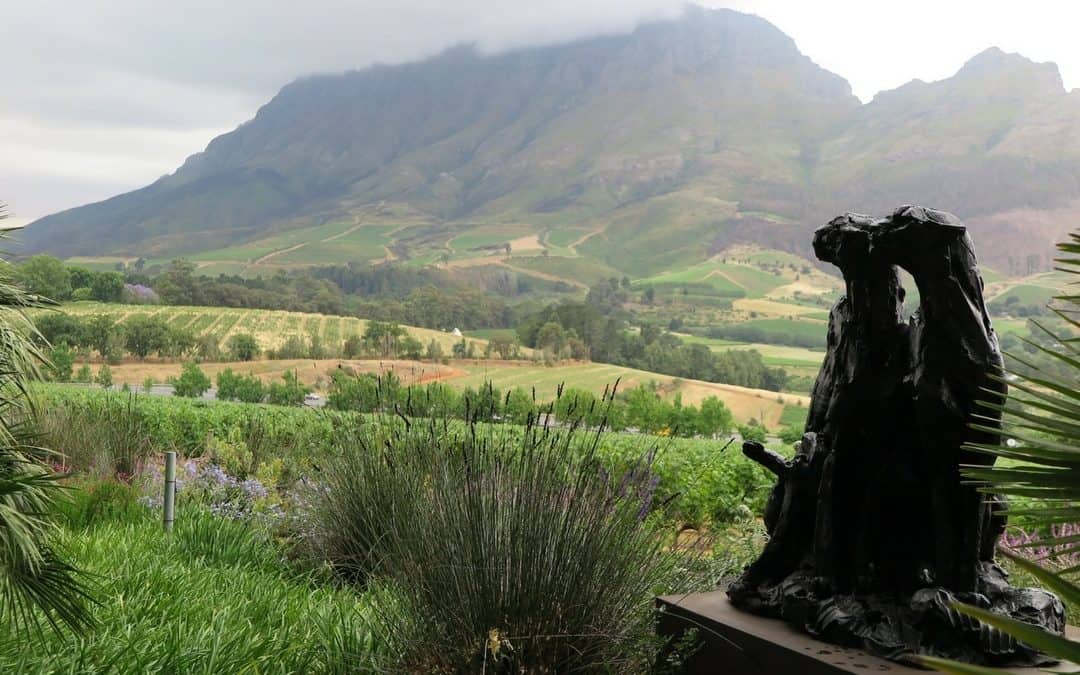 For 36 years the Players’ Fund has been dedicated to supporting seriously injured rugby players in SA. However behind the scenes and often unknown by the general public, is the solid base provided by the board of trustees who volunteer their time to play the role of Rugby’s Caring Hands. These trustees all share in the feeling of responsibility for those whose lives have been dramatically changed on the rugby field. They include former Springboks , SA Rugby administrators and high profile business men. The Fund’s long history has brought steadfast individuals around the boardroom table which has allowed longevity and has opened up invaluable networks. All these factors have in turn helped the Fund stay afloat, ensuring that former players are given hope in their time of need – indefinitely.

As a gesture of thanks to an amazing team of philanthropic individuals, the office staff host an annual “Day in the Country”, which consists of a formal trustee meeting followed by an opportunity to mingle with the rest of the group in a relaxed social environment and hear first-hand about what is happening in the field of player welfare and rugby safety. 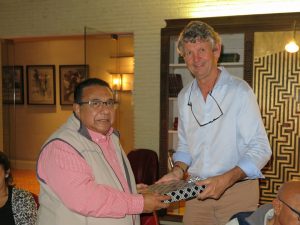 Doc and Morne – With the Fund together since 1992

This year’s event also marked the farewell of one of the longest standing and loyal trustees, Dr Ismail Jakoet, who was pivotal in the joining of the Petro Jackson and Chris Burger Funds in 1992 following the unification of the South African Rugby Union and the former SA Rugby Board (SARB). As a qualified Sports Physician – “Doc” as he is familiarly known, was then the Medical Consultant to the newly established SA Rugby. He represented SA Rugby as an official Trustee of the Fund and has since served as both a member of the Assistance Committee and as an Executive of the Fund. Despite changing his responsibilities at SARU by becoming its Company Secretary in 2006 he still continued to serve on the Fund. Doc’s meticulous attention to detail and ceremony will leave a legacy at the Fund which all involved will miss dearly.

To mark this special occasion – Delaire Graff’s general manager – Johann Laubser very generously offered to sponsor this event on the estate in Stellenbosch. The magnificent farm on the Helshoogte Pass, set the scene for a truly Cape experience, which included a meeting in the private cellar followed by a delicious 3 course lunch at their signature restaurant, with each exquisite dish suitably paired with the incredible wines from the farm. To top off the afternoon guests were taken on a tour of the estate through the wonderful garden (designed by Keith Kirsten) which is home to many displays of art belonging to estate owner and international jeweler – Laurence Graff. Art included in this selection came from the likes of: Dylan Lewis, Anton Smith, Lionel Smith, William Kentridge and Ndikhumbule Ngqinambi to name just a few. The Players’ Fund party was amazed to see the original ‘Chinese Girl’ by Vladimir Tretchikoff which is thought to be the 3rd most recognised piece of art in the world which returned to South Africa in 2013 after being bought by Graff.

From all of the staff, trustees and guests of the Players’ Fund’s “Day in the Country”, a massive thanks needs to be shared with everyone on the estate who welcomed us so warmly and hosted such a memorable day.  A truly fitting day to close off the year and mark with ceremony the dedication offered to the Fund by Dr Ismail Jakoet.

View a few images from this special event below: 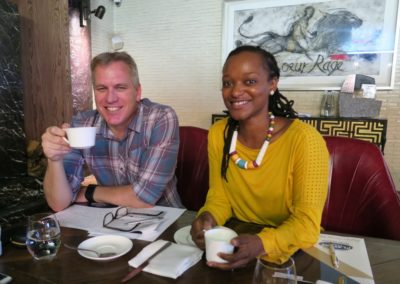 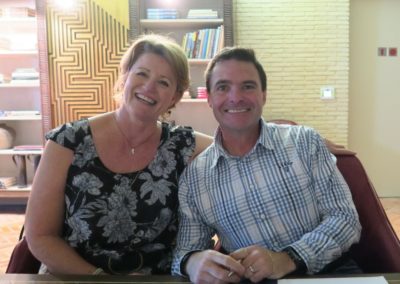 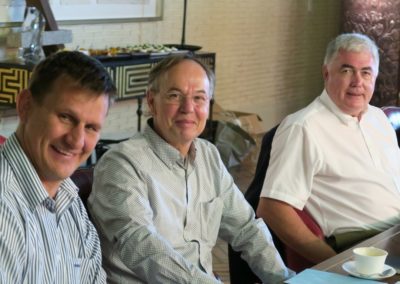 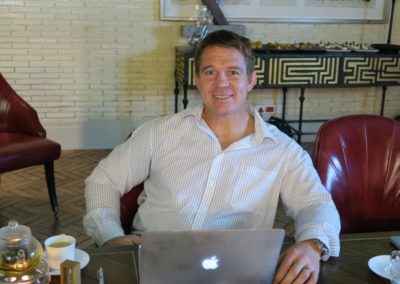 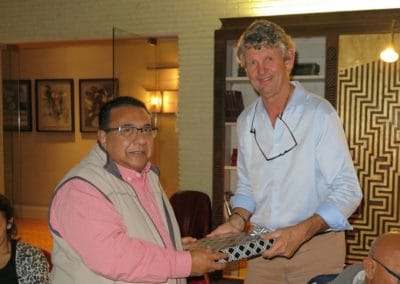 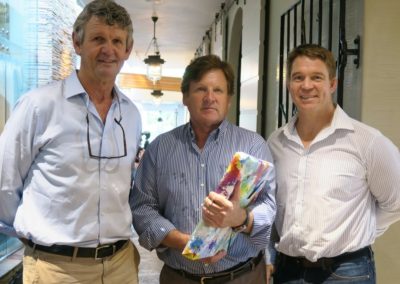 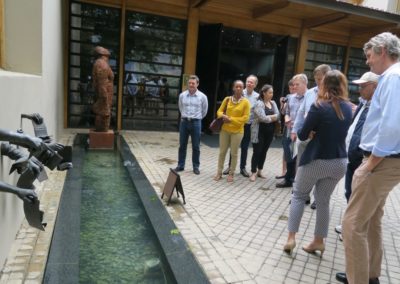 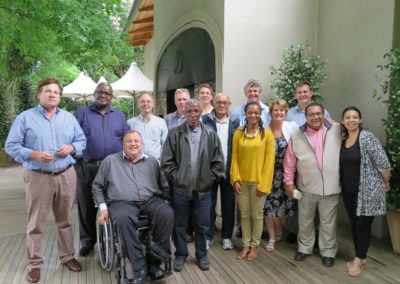 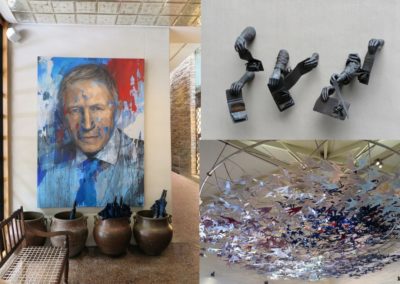 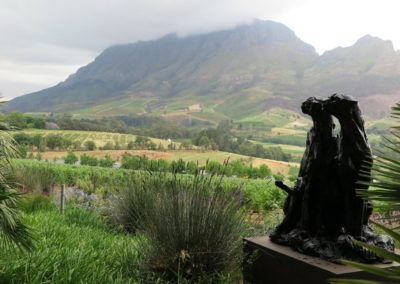 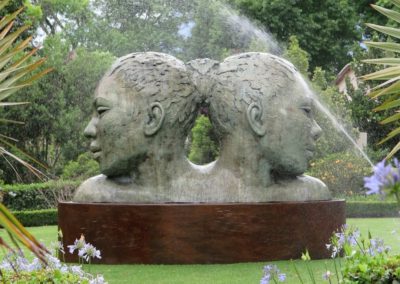 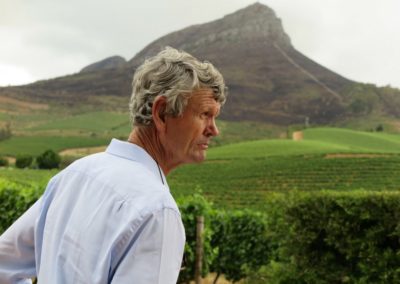 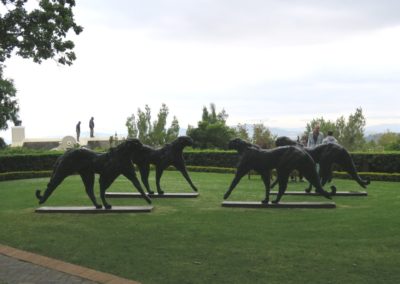 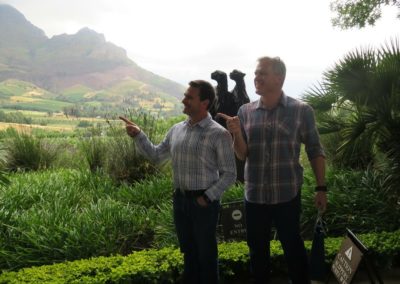 Clint & Wayne taking in the view with the cheetah 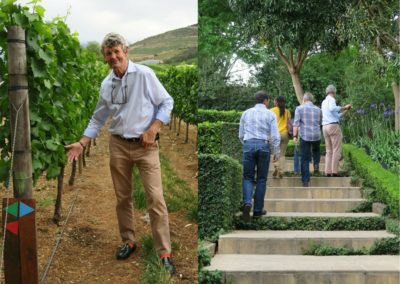 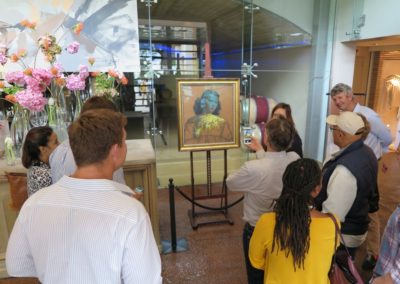