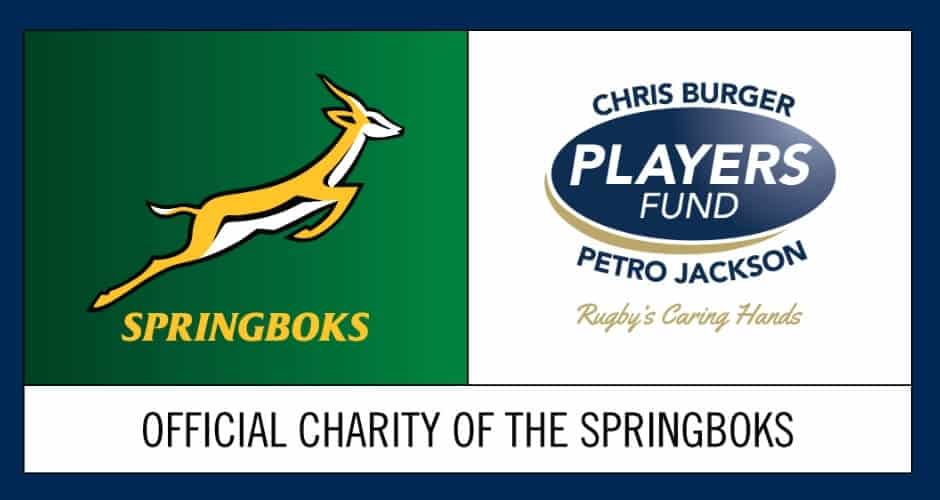 Rugby’s roots run deep, and the ties that bind are set in stone with the Fund being the official charity of SA Rugby.

Jurie Roux, the current SA Rugby CEO, served on the board of the Fund from 2011 to 2016, during which time he gained a greater understanding of the life-saving and wide-ranging workings of the organisation, and has been a driving force behind the national body’s continued support of the cause ever since. 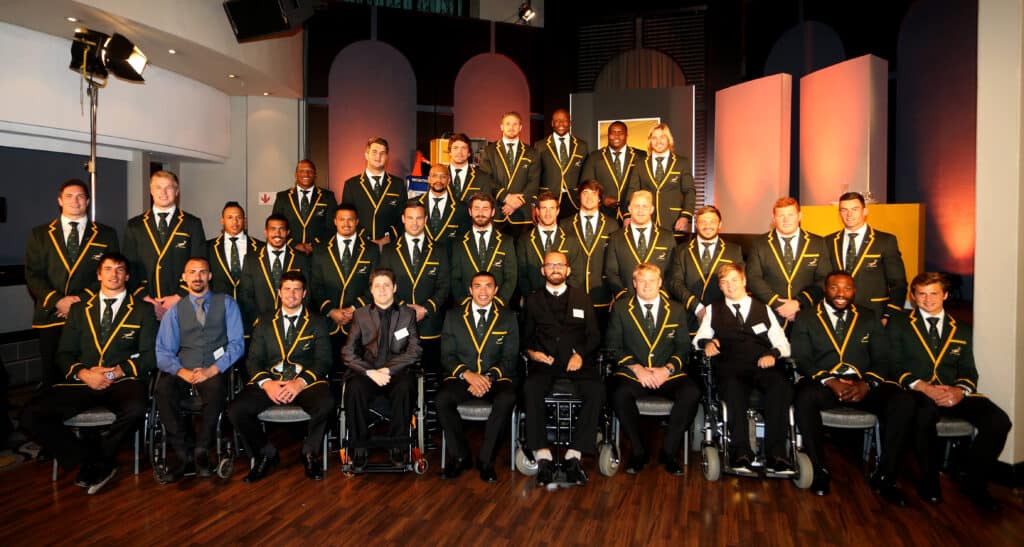 “Rugby is more than what happens on the field – it’s a game where family values and camaraderie are strong. That means also assisting those in need, which is why SA Rugby’s support is vitally important, and it was a great driver to ensure the Chris Burger Petro Jackson Players’ Fund became our official charity a few years ago.”

SA Rugby provides a substantial grant that constitutes 50% of the Fund’s annual budget, however, its support stretches across all areas, with the Springboks themselves playing a pivotal role in raising money and awareness by sporting the Fund’s logo on their shorts, attending the annual banquet and visiting injured players.

Roux said SA Rugby is proud of the partnership and praised the impact made by the Fund, saying it’s become a cornerstone for rugby in the country as it’s aided over 500 fallen heroes over the years and currently assists 107 recipients.

“The hard work being put in by the Players’ Fund’s Board of Trustees is not often seen, but it makes a great difference in the lives of many people associated with our great sport. From SA Rugby’s side, we are eternally grateful for the wonderful work done by the Players’ Fund for the last 40 years, and we wish them nothing but success going forward.”

The Fund will receive further support and a roaring endorsement as the official charity of next year’s much-anticipated British & Irish Lions tour. The last time the Home Nations’ elite came to South African shores, coincidently, the Springboks enjoyed a banner year. The men in Green and Gold clinched the 2009 series 2-1 and defeated the All Blacks on three occasions en route to winning their third Tri-Nations title. 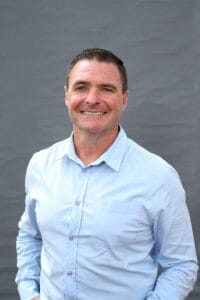 Even more significantly in the bigger scheme of things, SA Rugby, in conjunction with the Fund, launched the BokSmart national rugby safety programme in 2009. This came after the number of seriously injured players had reached record highs (18 in both 2005 and 2006 and 21 in 2007).

“That period of chaos made it clear that a programme was needed to reduce the unacceptably high number of serious injuries, if not eliminate them altogether,” said SA Rugby Senior Medical Manager, Clint Readhead, who’s been involved with BokSmart since its inception.

Developed and headed by SA Rugby Senior Manager for Rugby Safety, Dr. Wayne Viljoen, the programme comprises three elements – a compulsory workshop for coaches and referees at all levels, a medic programme and a Spineline operated by ER24, which fast tracks the treatment, medical management and transportation of a player with suspected serious injuries.

SA Rugby’s dedicated research department plays a pivotal role in the continuous improvement and updating of the programme, added Readhead, who’s also a member of the Fund’s Board of Trustees.

“We do intensive research, which underpins our strategies on injury prevention and safety, and enables us to identify injury trends. This information is then used to tailor-make the next phase of the BokSmart programme, of which we’re now at phase five, and this requires coaches and referees to recertify every two years as per SA Rugby regulations.”

Readhead, who was the physiotherapist of the 2007 World Cup-winning Springbok squad, said BokSmart also boasts a ground-breaking element.

“Something that’s unique to South Africa is that we’ve introduced a random audit system whereby an auditor assigned by a respective union attends a schoolboy, club or even a provincial match and monitors whether all the BokSmart safety standards and requirements are adhered to. This is another aspect that’s bearing fruit.”

BokSmart has proved to be a game-changer and statistics underline why it’s widely regarded as one of the most comprehensive rugby safety programmes in the world.

“In schools rugby, there’s been a 63% decrease in acute spinal cord injuries, which is massive and something we’re very proud of. Schoolboy rugby is the safest it’s ever been and that’s a great message that we’re able to give parents,” said Readhead.

“From a club rugby perspective, there’s been a decrease of 52% in permanent catastrophic injuries, which is also very encouraging. Both are well ahead of expectations, but we can’t and won’t rest on our laurels.

“We are driven by #VisionZero – a belief that one catastrophic injury is one too many. Some might say that avoiding serious injuries altogether is an unattainable goal, but by trying to reach that goal, we’ll ensure that we leave no stone unturned to look after the health and safety of the players.”