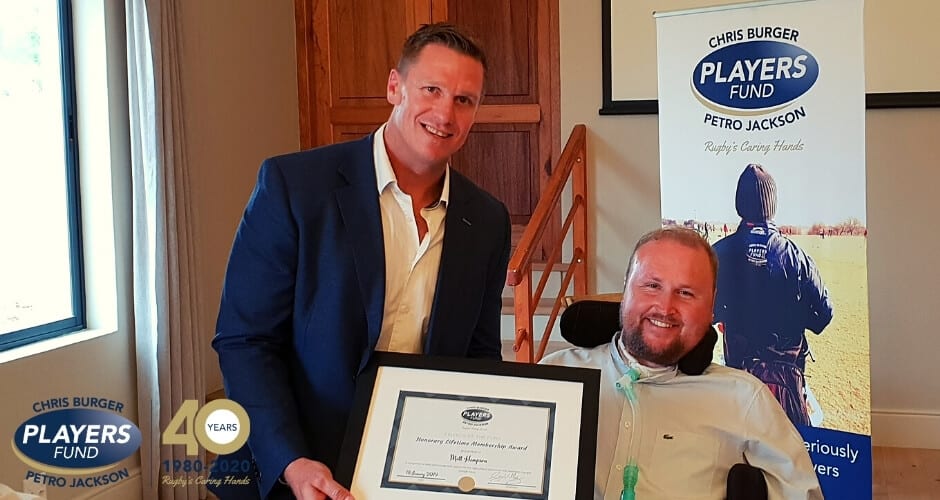 The former Springbok captain has proven exactly that since he took over the reins as Chairman of Rugby’s Caring Hands from another ex-Springbok skipper at the end of 2018.

Morné du Plessis played a leading role in the creation of the Fund after his Western Province teammate Chris Burger suffered a fatal neck injury in a clash against Free State during the 1980 Currie Cup and served as Chairman for an astounding 38 years.

The Fund, which celebrates its 40th anniversary on Wednesday, 9 September, has aided over 500 fallen heroes over the years and currently assists 107 recipients who sustained catastrophic head, neck and spinal injuries.

The arrival of the next generation of Green and Gold ‘impact players’, spearheaded by De Villiers, put Du Plessis at ease.

“With their passion, dynamic new ideas and relationships with SA Rugby and the media, I can rest assured knowing that the Fund is in good hands,” added Du Plessis, who remains involved as a Trustee. 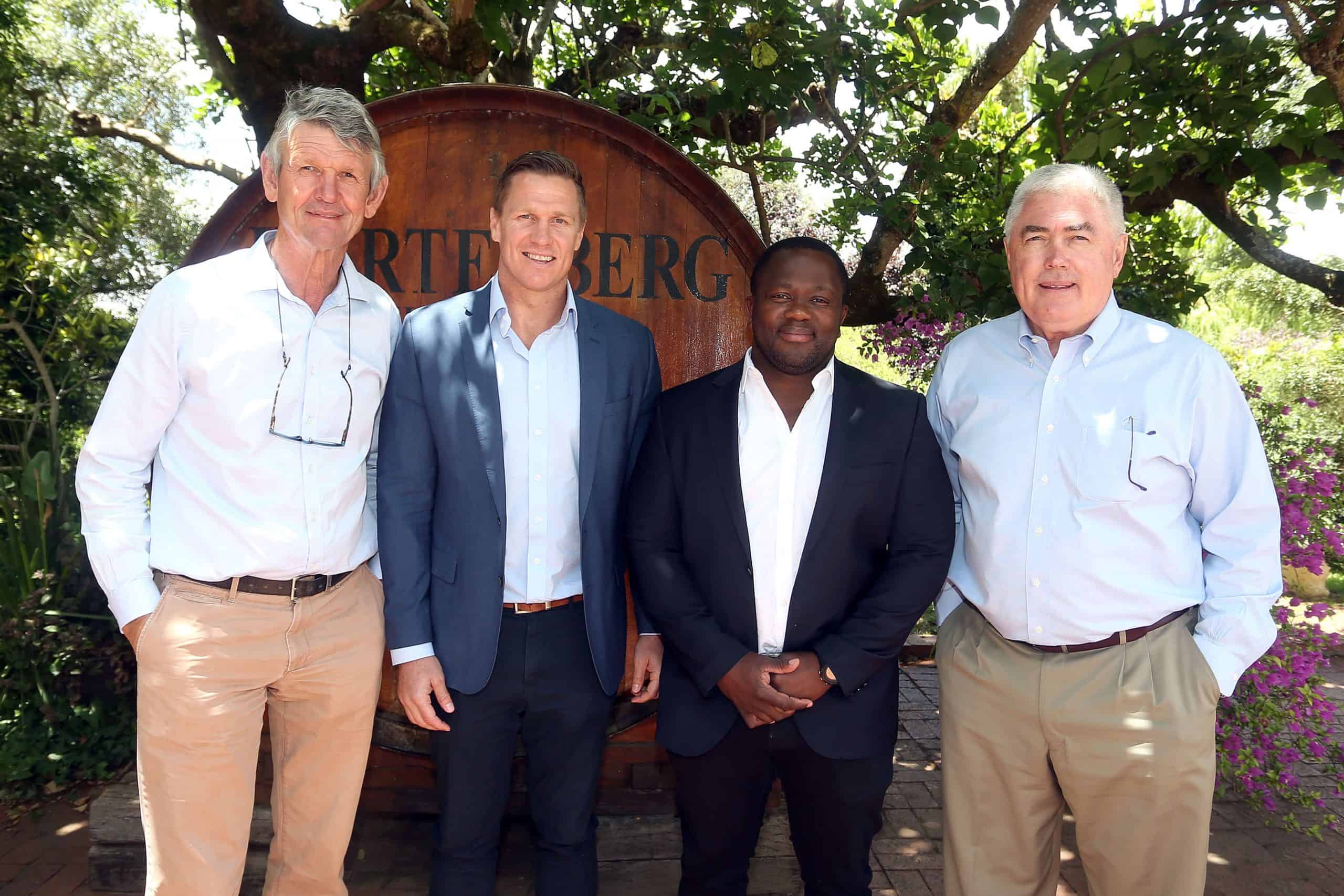 As Chairman of the Fund, De Villiers is the total package. One of the greatest Springboks of all-time, he ran out in 109 Tests and captained his country on 38 occasions.

True rugby royalty, he’s the most-capped midfielder in Springbok history (94 Tests), a two-time South African Player of the Year (2008 and 2013) as well as a World Cup, British & Irish Lions series and Tri-Nations winner.

Making his résumé even more remarkable is the fact that De Villiers was plagued by serious injury throughout his career. The high of realising his Springbok dream against France in 2002 lasted just seven minutes before he sustained a devastating knee injury.

He was the victim of a World Cup ‘curse’, which started with a shoulder injury that saw him miss out on the 2003 global showpiece. The Springboks’ triumphant 2007 campaign was bittersweet for De Villiers as he tore his biceps during their opening match against Samoa and missed the remainder of the tournament.

Four years later, he injured a rib in South Africa’s opening match against Wales. He managed to return for the quarter-final against the Wallabies, only for the Springboks to controversially crash out of the tournament. His third and final World Cup, in 2015, was also cut short when he fractured his jaw during the second match against Samoa.

This after he’d made a near-miraculous comeback from a horror knee injury that would’ve ended most men’s careers against Wales in Cardiff the previous year.

Now, that adversity is an asset.

“I think my history with injuries puts me in a position to have a deeper understanding of the Fund and appreciation for the role they play,” said De Villiers.

“Every time I sustained an injury, I dealt with it with perspective – perspective of knowing that the game of rugby can be taken away from you in a second and that others have been affected far more severely.

“In my position as Chairman, I now look back on those instances where I got injured and the hardships and struggles I went through to come back, then I put myself in a recipient’s position and know that it’s completely different.

“To see the strength and courage with which the recipients and their families adapt to and overcome their challenges on a daily basis is extremely motivational and I have the utmost respect for every one of them.”

As much of a gentleman off the field as the warrior he was on it, De Villiers is respected the world over. A Laureus Sport for Good ambassador, his stature as an icon of the game coupled with his professional prowess as Head of Philanthropy at Citadel made him the perfect person to succeed Du Plessis.

“It’s an honour to serve as Chairman of the Fund. I have big shoes to fill because Morné did such a phenomenal job. It’s a big challenge – one I’ve really enjoyed – and my role at Citadel has certainly helped me to understand the nuances and challenges of a non-profit organisation,” said the 39-year-old.

The humble, former hard-running centre insists he’s no ‘chosen one’ but rather the leader of a tremendous team who operates with Springbok-like synergy. 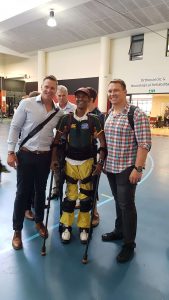 “There are a number of Trustees that could take over and do a great job. Just like I had a core group of senior players around me as Springbok captain, I have a litany of leaders around me who I lean on,” he said.

“The majority of the Board of Trustees have been involved with rugby for a very long time, either playing or from an administrative or medical point of view, so we understand what it takes to be a successful team and we all have a deep passion for rugby.

“The ladies in the office do a sterling job on a daily basis and we on the Board know that we need to step up and deliver. The team dynamic has worked really well and whenever I call on one of the Trustees to help, they deliver.”

The Covid-19 pandemic has compounded the official charity of SA Rugby’s fundraising challenges. However, as De Villiers proved – and the Fund’s recipients continue to demonstrate – adversity is there to be overcome.

Creativity and more digitally-driven projects, such as the popular recent legends and women in rugby webinars, will be key to the Fund’s continued success and sustainability.

“It’s important for us to have continuity and to constantly come up with new ideas to not only keep doing what we’re doing, but improve and help make the lives of the recipients a bit easier.”

Now, more than ever, support is needed from rugby-loving South Africans.

“A large majority of our funding comes from SA Rugby and there’s a responsibility there to look after those who are seriously injured playing the game we love. However, being heavily dependent on that grant puts the Fund at risk,” noted De Villiers.

“If we’re in a position where we have a greater variety and consistency of donors and become more self-sustainable, we’d be able to do so much more.

“In the current climate, being a non-profit organisation is difficult. There’s definite donor fatigue out there – everyone’s under pressure – so for us, it’s a case of tapping into South Africa’s passion for rugby and getting more businesses and people involved.”

De Villiers is buoyed by the support the Fund receives from current Springbok stars, saying, “For a lot of us, rugby’s given so much but, unfortunately, rugby’s also taken away a lot and there’s a responsibility to give back to those negatively impacted by the game.

“The current crop of Springboks understand that and we’re grateful for their support in visiting injured players and assisting in fundraisers. It’s encouraging to see because they’ll be the generation that takes over from us.”

In these unprecedented, uncertain times, what is certain is the burning passion and drive De Villiers and the rest of the ‘Fund family’ have to remain a rock recipients can rely on won’t wane.

“When we see or hear positive feedback from our recipients on the success they achieve despite their challenges and hear, in their words, how the Fund’s contributed to that is extremely rewarding.

“To hear that we have helped in one way or another and to see the positivity the recipients still have toward rugby is fantastic.”