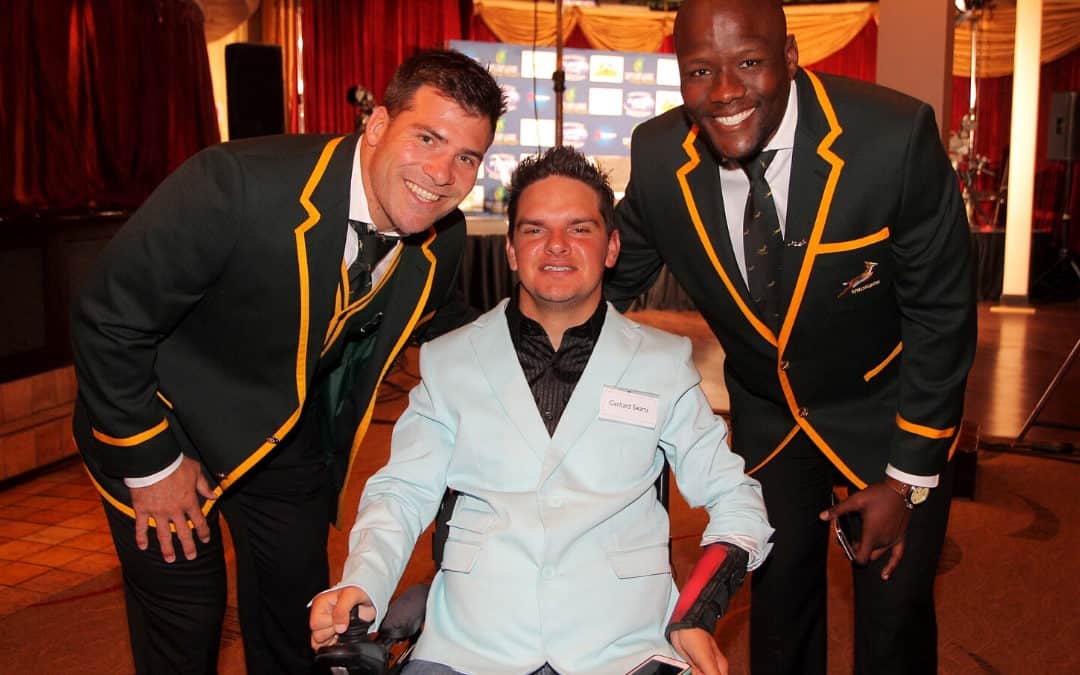 Injured: 15 March 2003 at age 14, whilst playing for his school team Hoërskool Kanonkop in Middelburg, Mpumalanga. After a lengthy period of rehabilitation, he returned to school and matriculated in 2006. Post school he received a Honours degree in Sports & Recreational Management from the University of Pretoria.

Since then he has been employed by the Valke Rugby Union as Sports Analyst & Statistician as well as the TUKS Varsity Cup Side in 2020. He has extensive experience in rugby coaching and is BokSmart accredited and has his IRB Level 2 qualifications. He has also participated in wheelchair rugby over the years, representing Northern Gauteng and was included in the SA Training Squad in 2013.