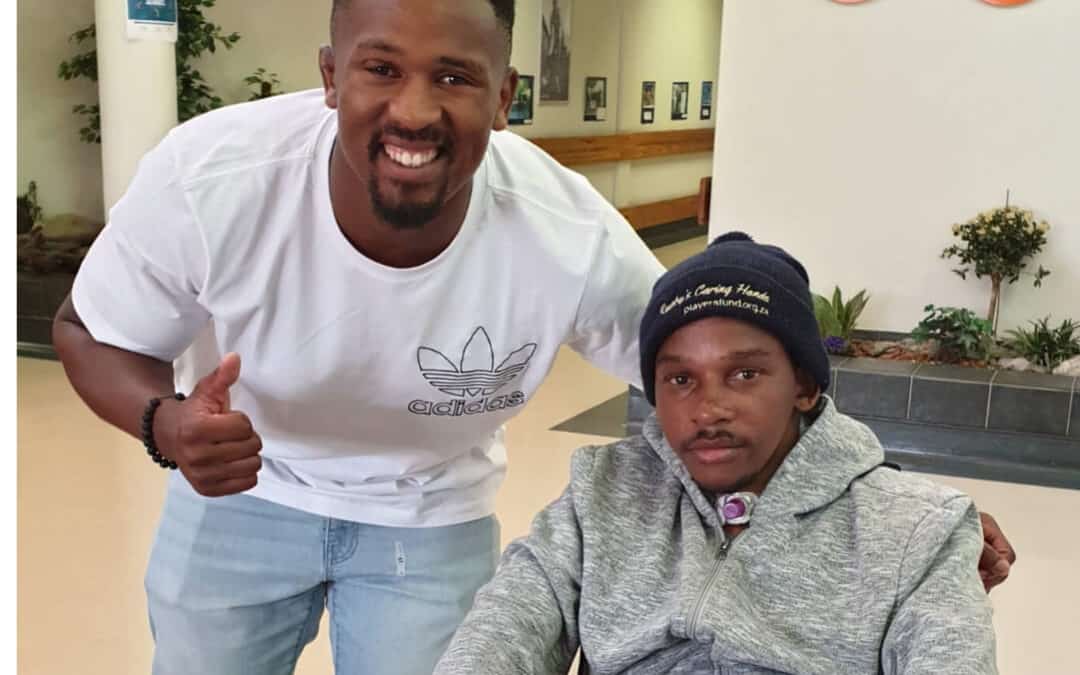 Injured: 20 April 2019 at age 32, whilst playing for Lovedale RFC in Op Die Berg, Kouebokkeveld  which is above Ceres. Although from the Eastern Cape, he lived and worked in Op Die Berg as a seasonal worker on a fruit farm. Following the completion of his rehabilitation at the Western Cape Rehab Centre in Cape Town, he became a resident at the Cleary Park Cheshire Home in Port Elizabeth so that he could be closer to his family.