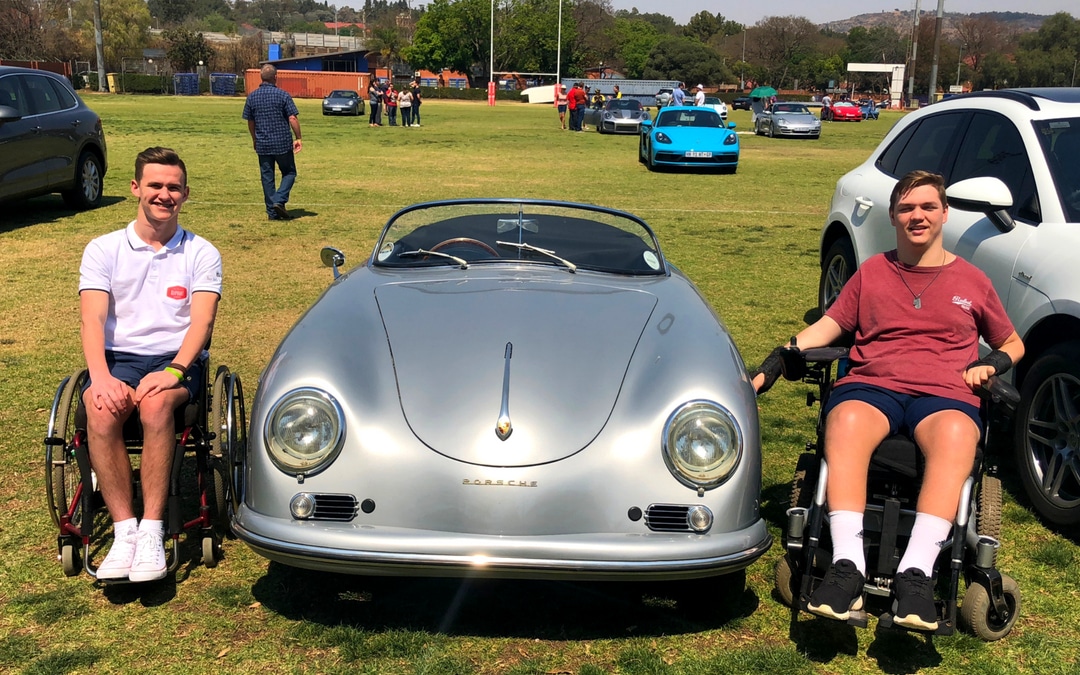 Porsche enthusiasts in the Gauteng region came together this past weekend for the annual Porsche Loftus Day. This occasion offers Porsche owners a chance to meet like-minded people, catch up with old friends and share in a love for the cars. As this recently-revived event gains momentum there has also been a feel-good element added as funds are raised on the day for local beneficiaries of the Players’ Fund. With the event being hosted at Loftus Versfeld – the heart of rugby in Pretoria, this is a wonderful display of good-will & ubuntu spirit by the annual events’ organisers.

On Sunday 16 September 2018 two of our Gauteng-based recipients – Dyllan Beneckhe and Koben Hofmeyr attended this much-anticipated event with their families. They has the opportunity of viewing 160 different Porsche models, both old and new, and had the chance to sit inside their favourite vehicles as they chose the two “coolest cars” according to them. At the end of the day, the Porsche Club South Africa and the Porsche Center Pretoria handed over a cheque to the Players’ Fund to the value of R20 000 which will go towards purchasing and maintaining their mobility equipment. They were also presented with a model mini replica Porsche to take home, as well as a voucher for a 15-minute spin around Zwartskops Race Track in a Porsche from the 356 Porsche Owners Group.

The donations will be welcome contributions to the ongoing cost of living with a spinal cord injury. The experience and Porsche gifts will serve as a reminder that there is a team behind them willing them on.

Koben Hofmeyr
On 19 May 2018 in Bela-Bela, 15-year-old Koben ran onto the rugby field for his school Hoërskool Louis Trichardt. He was a popular and respected captain, playing inside centre and identified by those close to him as “always fit and well prepared” and known as “an intelligent player”. 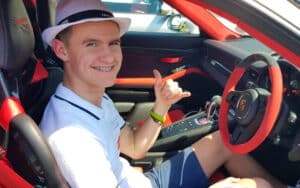 Koben in his chosen favourite Porsche

In the second half of the match Koben lined his opponent up for a tackle as he had done so many times before. On impact Koben felt the players hip hit his neck, heard a cracking sound and he fell to the ground. Koben immediately felt pain, pins and needles and realised that he couldn’t stand up. It quickly became apparently that Koben was seriously injured and required urgent medical attention
Whilst this tragic scenario could be viewed as a nightmare for most, Koben and his family have grown even stronger since this accident – thankful for the blessings they have received from God, in awe of the progress that Koben has made and grateful for the wonderful support from Koben’s school, their community and that of the wider rugby and friendship circles.
In August, after 3 months of intensive spinal cord rehabilitation Koben returned to school and continues to make measurable progress on a daily basis. To assist with his mobility and to ensure ongoing progress, equipment will be needed. Including a manual wheelchair, a specialised pressure-relieving cushion and a standing frame, totaling R76 095. While this might not look like your typical teenager’s wish list, this equipment will be handed over to Koben on Tuesday 25 September, which so happens to be his 16th birthday! 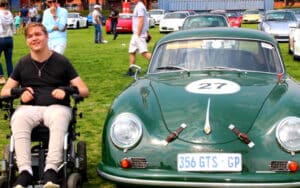 Dyllan alongside his favourite vehicle at the 2017 event

Rewind a few years to 30th August 2014, another rugby player ran onto the field as the captain of the U16 Tuks Youth Rugby Club at the Harlequin Youth Rugby Club in Pretoria. Dyllan Beneckhe, who was only 16 at the time was playing loose forward when his neck collided with the knee of his opponent during a tackle. His Dad who was standing above him immediately after the accident saw in his eyes that something was dreadfully wrong. Dyllan was unable to move or feel pain…and 4 years later – living as a quadriplegic.
Despite the many cards stacking against this young man, he went back to school in 2015 and matriculated in 2016 with a Bachelor’s Degree Pass from Pretoria Boys High School. His loving family and the greater rugby community, specifically the Blue Bulls Rugby Union and fantastic corporates have enabled Dyllan the independence needed to continue growing through the recovery process and this year he is studying Law through UNISA.

When Koben & Dyllan ran onto both those fields, they did so with a team behind them. Now, on their journey’s post-accident, a team approach is also being adopted. Their immediate support base has been joined by the Chris Burger Petro Jackson Players’ Fund who partners both the Hofmeyr and Beneckhe families, as well as 106 other rugby players’ who have also sustained life-altering injuries on the field.

On behalf of the Players’ Fund – thanks must be given to the Gauteng Porsche Community for choosing to support Rugby’s Caring Hands – together we can make a difference!